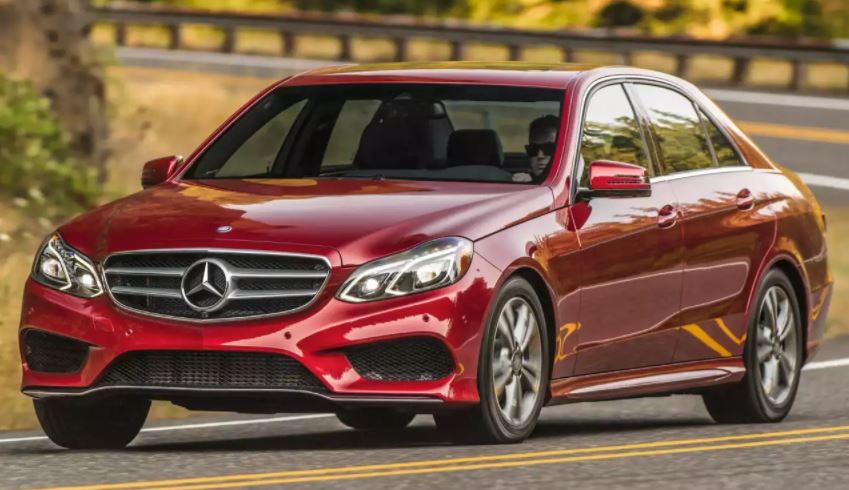 While the thrill of buying a new vehicle is often exciting, it doesn’t always translate to feasibility or practicality. There are countless used car options out on the market. The cachet of the models are nothing to scoff at — as this market provides fashionable and productive cars at a reasonable price.

The 2011 Lincoln MKS seats five, though it is equipped with a larger-than-average interior. A roomy cargo space also allows for one to transport various items without any distress. The safety ratings for the 2011 Lincoln MKS are among the the best in its class. It can get 23-25 miles-per-gallon on highway driving, and 16-17 within city limits. With those possessing children, this car is understated — yet sleek. It offers the practicality of lugging around sports equipment and miscellaneous items, though this facet doesn’t compromise the appearance of the vehicle. The overall discrepancy in cost is what makes this a valuable buy. Original MSRP estimates have this model going from anywhere between $41,000 to $49,000. The average paid price over the last year for a used model registers at anywhere between $11,500 and $13,000.

*All data pulled for the 2011 Lincoln MKS is courtesy of cars.usnews.com

Much like the 2011 Lincoln MKS, the 2010 Acura RL is a leading model within the safety category. The ’10 Acura RL registered a 5-star rating within every category in the NHTSA testing (National Highway Traffic Safety Administration). Duly, it got a “GOOD” categorization for three tests within the IIHS (Insurance Institute for Highway Safety). There’s a nuanced appearance as it pertains to the interior of the vehicle. In addition, the model’s V6  300 HP engine provides surprising power and acceleration. Perhaps the most impressive aspect of this model is the presence of very good cabin electronics. A voice-controlled navigation system is present for drivers — as are routes specifically crafted based upon real-time traffic patterns. Though it’s a highly complex package, it’s one in which the driver can use with terrific ease. Buyers have recently bought the used version of this vehicle at an average price of $13,000-$15,000. It offers an average of 16 miles-per-gallon in city driving, and 22 miles-per-gallon on the highways.

*All data pulled for the 2010 Acura RL is courtesy of cars.usnews.com

As a mid-sized premium sedan option, the Mercedes Benz E-Class has been a highly popular model. Performance isn’t a question with this vehicle — as it offers all-wheel drive, 302 HP, a seven-speed automatic transmission, and a 3.5-liter V6 engine. This car is the epitome of opulence. The elegant and regal feel stretches from the exterior all the way into the leather-bound interior of the car. Aesthetically, one would be hard-pressed to find a more attractive option on the market. Utilizing premium gasoline, the E350 gets roughly 20 miles-per-gallon in the city, and 28 miles-per-gallon on the highway. It’s easily on the higher end when it comes to quality fuel economy.

*All data pulled for the 2012 Mercedes Benz E350 is courtesy of cars.usnews.com

Lexus vehicles set the standard for luxury sedans. In the case of the 2011 Lexus LS 460, there’s plenty in the way of value. The car gets 16 miles-per-gallon within city driving, and 24 miles-per-gallon on the highway. This fuel economy is terrific for a car possessing a V8 380 HP engine. It’s one of the few models to feature an eight-speed automatic transmission. Technologically, it’s regarded as perhaps the best within the entire Lexus line. There are state-of-the-art safety measures, and refined accents true to any luxury vehicle. Many used 2011 LS 460 models have a starting price set at $24,000. Considering the total package, it may be worth taking the plunge.

The 2009 Hyundai Genesis may be the cream of the crop as it pertains to used luxury sedans. There’s simply a lot to like when delving into the specifics of this model. It possesses 5-star ratings across the board by the NHTSA, and “GOOD” ratings by the IIHS in all categories. Though it doesn’t possess a V8 engine, the base model (V6) has excellent initial burst. It offers 18 miles-per-gallon in city driving, and 27 miles-per-gallon on the highway — which are both above-average for similar models in its class. Additionally, there’s ample space both in the trunk (15.9 cubic-feet) and in the rear seat bench. Technologically speaking, it possesses all of the ‘bells and whistles’ needed to remain competitive with other models. This includes a terrific sound system, a navigation system, a stereo with satellite radio, heated-power front seats, and front/rear parking sensors. Though original MSRP have this car retailing for as high as $37,000, one can purchase it today for as low as $8,000.

*All data pulled for the 2009 Hyundai Genesis is courtesy of cars.usnews.com

The 2011 Infiniti M model is a performance-driven vehicle. For those in search of a luxury sedan with terrific initial pop, this is the car for you. It possesses a base 3.7-liter V6 engine. It also offers up to 18 miles-per-gallon within city limits, and 26 miles-per-gallon on the highway. Much of the car’s value stems from the comfort within the cabin. Plush seating and spacious leg room offers anyone a nice environment — particularly for a lengthy drive. The handling of this vehicle is also impressive. The 2011 Infiniti M utilizes an all-wheel drive system. The rear-wheel drive is excellent for those living in snowy climates. Original MSRP estimates has the models ranging in pracie from $47,000 to $61,000. For a used option, it registers at an affordable $14,000-$18,000.

*All data pulled for the 2011 Infiniti M is courtesy of cars.usnews.com